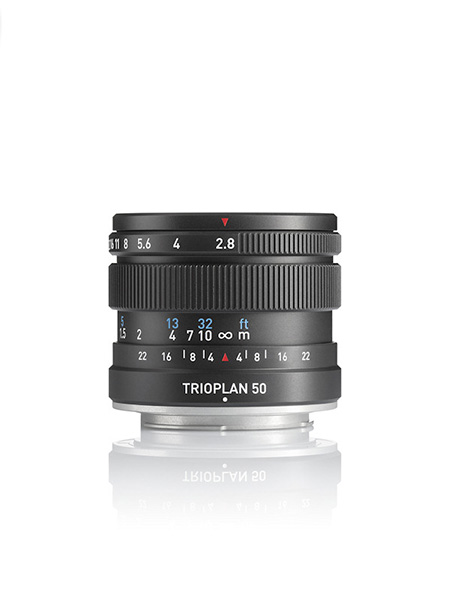 Meyer Optic Görlitz are shipping their new version of the Trioplan 50mm f/2.8. Available in Canon, Nikon, Sony and MFT (among others) mounts, the lens is sharp at distance, but also allows for soap bubble bokeh when used at shorter distances.

THE ALL-ROUNDER WITH THE SPECIAL TRIOPLAN-BOKEH

Our Trioplan 50 f2.8 II has been redesigned from scratch. A new mechanical design based on the Trioplan 100 f2.8 II now offers photographers an excellent handling of the 50mm focal length from the Trioplan family. By optimizing the optical design, it is now possible to focus on infinite sharpness even at aperture f2.8 and thus nothing stands in the way of versatile use. Of course, the Trioplan 50 f2.8 II also draws the famous soapbubble bokeh and at shorter distances a light swirl is created in the bokeh of the image. Like all current Meyer Optik Görlitz lenses, the Trioplan 50 f2.8 II was also designed for full format, but can of course also be used on APS-C cameras. 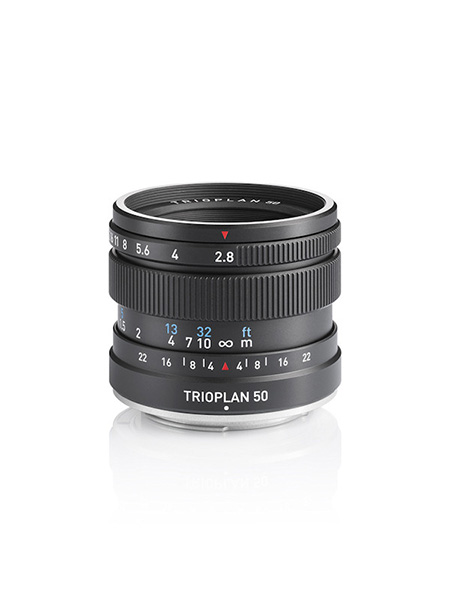 HISTORICAL MODEL IN A NEW GUISE

Through the use of high-quality materials and the latest manufacturing technologies, the more than 100-year history of the Trioplan 50 has been cast into modern moulds. Of course, the character of the Trioplan 50 was taken into account and implemented accordingly. Our Trioplan 50 f2.8 II offers photographers an individual picture language and at the same time the versatile possibilities of a 50mm focal length. Of course the Trioplan 50 is manufactured for the most common mounts of modern cameras: Canon EF, Nikon F, Fuji X, Sony E, Pentax K, M42, Micro-Four-Thirds, Leica M and Leica L.

THE UNIQUE STYLE OF TRIOPLAN

In addition to the well-known soap bubble bokeh, which is created most strongly in backlight situations, the Trioplan 50 f2.8 II draws a light swirl at close range. The versatility of a 50mm focal length or a so-called “normal lens” makes the Trioplan Bokeh suitable for many applications such as street/reportage, portrait and nature photography. Due to the natural-looking viewing angle at 50mm fixed focal lengths, the certain something is missing in some photographs and that’s exactly what the Trioplan with its wonderful Bokeh can contribute. By using macro-rings, you can profit from the special bokeh of the Trioplan 50 f2.8 II even in the macro range.

Follow Me!
500,000 SHARKS COULD BE KILLED FOR COVID-19 VACCINE Woohoo!! i finally met a seal whilst diving.
Scroll to top